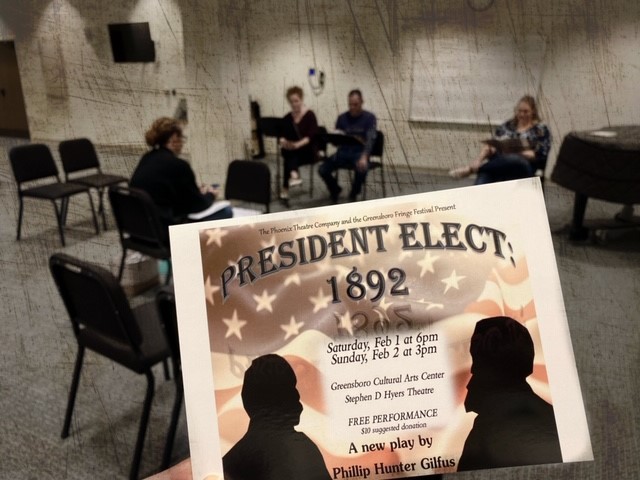 One of our regular Phoenix Theatre Co. castmates (and half of #jessip) has written his first full-length play, and we’re performing it this weekend at the Greensboro Fringe Festival.

President Elect imagines what it would have been like on Election Night ’92 — 1892, that is — if today’s news industry existed then, as Grover Clevleland, our 22nd president, takes on the man who beat him in 1888, William Henry Harrison. 2016 is not the first year that the winner of the popular vote did not win the electoral college, and this story takes us into more of that political intrigue.

Tickets to this show are FREEEEEEEEE — but donations are accepted at the door. At the door, you will also cast your own vote in this historic election.