First of all: NOT MINE.

Now that we have that out of the way….

I’ve been meaning for months to write about An Uncommon Family. Stephen and I met doing La Cage at Theatre Alliance, and a few months later were both in their White Christmas. A few months after that, I asked him to pretty please audition with me for Pajama Game at Kernersville Little Theatre because he’d be the perfect Sid. And he was. And not just because he can lift me over his head.

Anyway, this isn’t about me, but about Stephen and his husband, Jay, and their quest for a baby. I encourage you to check out their entire YouTube channel for thoughtful discussions with them, their hopeful surrogate – who is also Jay’s sister!, her husband, and their existing kids. But — spoiler alert, as if this title didn’t give it away — it worked!! Love is love is love is love is love. These guys are going to be the best dads, and I’m so, so excited for them.

Also, I am super excited/relieved to finally be able to announce that I’m going to be an aunt again! 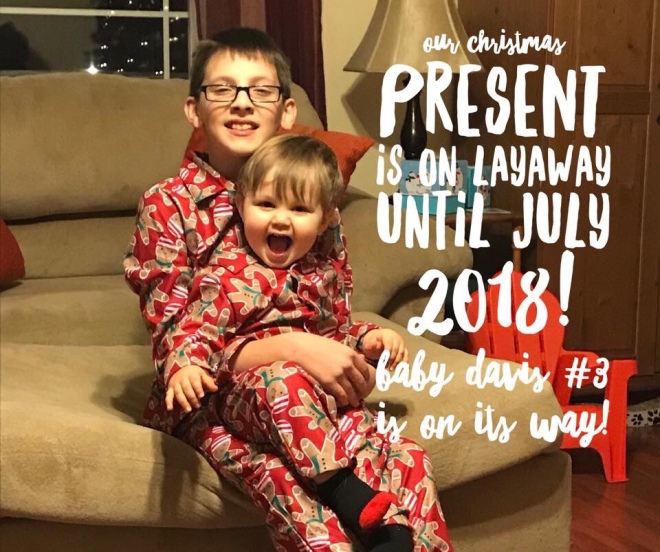 This will make six niblings in PA plus the two here in NC. My brothers and Hampton’s sister have the cutest kids… in my completely unbiased opinion. I mean, just look at them!

Very grateful to spend the end of 2017 celebrating these precious new lives that will both be joining us next July. They’re both determined little spirits who were wished and worked for and are already loved so very much.